Please note: this page contains an unconcealed attack on the competence and character of Communities Secretary, Eric Pickles!

‘Between 1994 and 2011, the nine English regions had an administrative role in the implementation of UK Government policy, and as the areas covered by (mostly indirectly) elected bodies.’ Those roles and structures were then summarily abolished by the Coalition Government on the grounds that they were ‘not accountable’, and ‘bureaucratic’ – a charge also levelled against the parallel regional development agencies – and in order to return powers and decision-making to the ‘local’ level. The Yorkshire & Humber Regional Assembly had already been closed in March 2009; the Yorkshire RDA was gone 2 years later.

Instead: ’Government is overseeing a fundamental shift of power away from Westminster to councils, communities and homes across the nation. A radical localist vision is turning government on its head by giving power to the people rather than hoarding authority within government.’ Communities Dept

There are any number of critiques that can be levelled against this major upheaval: that it’s yet another example of the ‘chop change’ approach that pervades UK party politics – in this case, a constant tinkering with institutional or governance structures – as one government overturns the decisions of its predecessor. That it’s all an illusion, based on a ‘false prospectus’, because just behind the scenes power isn’t flowing downwards at all but actually  back up to a notoriously over-powerful centre determined to retain that position. That there is no evidence for governance at the regional level being inefficient: maybe its actually essential; maybe the new approach will turn out to less efficient, ever more fragmented and incoherent.

It’s easy to smash something, more difficult to know what to put in its place, across the complexity of a wide range of differing and important functions? I can’t be the only person to conclude that Mr Pickles is crashing about in 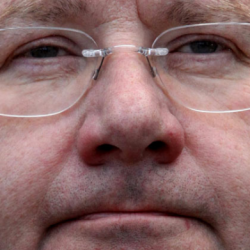 this particular china-shop.  …That there is no personal awareness of the contradiction between spouting about ‘localism’ and ‘austerity’ whilst at the same time instructing councils to restore inefficient weekly waste collections and finding £250m down the back of the departmental sofa to pay for a personal indulgence. …To conclude that his Localism Act – a demented 497 page ragbag of inaccessible, disconnected legislative jottings! – is a fitting metaphor for the contents of his own mind. For his ‘modest’ political origins and abilities (the allusion is to Churchill) see here. 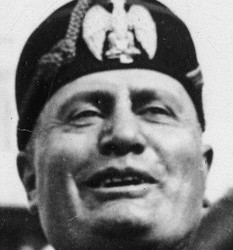 I have a nickname for Mr Pickles: ‘the Yorkshire Mussolini‘ – braggart, buffoon, bully! All swagger, no substance. How long before he meets his downfall?

Whilst regional structures were in place and developing Friends of the Earth played a full part in the consultation opportunities available to particularly to Third sector ‘stakeholders’ (something also lost under the new regime). I wrote the evidence, and appeared at the public inquiries, for three successive regional spatial strategies (formerly RPGs). I represented the the environmental NGOs on the Regional Transport Board (2006-11); and on a group which produced an ineffectual ‘Regional Climate Change Action Plan’ in 2006.